Deep in Western Australia, in Pilbara’s Rio Tinto mines, one woman in a hi-vis vest is sure to stick out from the rest of the crowd. Standing 6ft tall, at first glance you would think Daniielle Alexis was a model or a Hollywood actress. And well, you would be right.

It has been an incredible year for the Perth native, who became the second transgender woman on Australian television after landing a role on Wentworth. But what many don’t know is Daniielle currently splits her time between Hollywood and the mines, where she was shocked to find she was accepted with open arms.

That’s because for most of her 30 years, Daniielle was either being bullied for who she was or hiding who she used to be. At just three-years-old, Daniielle – who was born Shayne – told her mum: ‘When I’m older, I want God to make me a girl.’ And while Daniielle felt like she had the freedom to be ‘flamboyant and creative’ in primary school, things changed as she got older.

‘High school was definitely the worst,’ Guys would abuse me for being a girl, they would say, “You’re a girl, what’s wrong with you?’.

I had a brick thrown at my head one day and one of the bullies at the school spread rumours that he was going to stab me for being different. Being so young at the time, I truly believed that was going to happen, and I was terrified.

It was acting that served as Daniielle’s escape, both from the bullies on the playground and the confusion she was constantly battling within herself. ‘Acting gave me the ability to escape from my life and my problems and into a character I was able to emotionally and creatively manipulate,’ she said. ‘It was a way to escape a body that wasn’t mine. I was able to play female characters; I could embody that femininity and just be funny and be a woman.’

Right after she graduated high school, Daniielle officially came out to her family and was instantly showered with love and support. But Daniielle was shocked to find that, even after starting hormone replacement therapy, her life didn’t suddenly become ‘all smiles and rainbows’. Although she now looked extremely feminine and everyone around her said she looked beautiful, Daniielle’s transition did not feel complete.

‘I thought this was going to change my life, and I was just as depressed if not more. I felt like a freak,’ she recalled.

Then Daniielle, who was 20 at the time, found out that her mum and grandfather had been saving for years to pay for her sex reassignment surgery. ‘When she offered that to me, it was an absolute miracle,’ Daniielle said. ‘It was a lifeline.’ Although she was far happier after the surgery, Daniielle was surprised to find that she felt she couldn’t be an out and proud transgender woman.

‘Society tells us, now you’re a woman, you have to be silent and hide your past. I was told you need to tell everyone you were naturally born female,’ she recalled.

‘It made me think, okay now I have to compare myself to a cisgender female, and it once again oppressed me and cut off my freedom.’

‘I was a lot happier, I’m not going to lie, but anything I wanted to do publicly there was a devil on my shoulder saying, “You’re going to be outed”. It’s a horrible feeling.’

Daniielle spent six years ‘hiding’ in Melbourne and Sydney, where she left her acting career on the back burner. But everything changed when Caitlin Jenner came out and Carlotta, a drama about an iconic transgender Sydney showgirl, premiered on ABC1. Daniielle was surprised that the publicity around both headlines was largely positive and surrounded by support.

‘I thought, maybe it’s time where I can actually come out and not be crucified and maybe, just maybe, I will actually be supported,’ she said.

Newly energised, Danielle began reaching out to producers and directors across Australia to see if anyone would back a transgender actress. At the same time Daniielle was making a living for a year at the mines, doing odd jobs like cleaning and working in the bar and running the gym. With a high-paying salary and a fly-in fly-out situation, Daniielle was able to afford the trips to casting calls when FremantleMedia Australia came knocking.

The jobs were worlds apart, but she went back and forth from the mines to Melbourne as she began the process of auditions, meetings, and castings. And it all paid off when Daniielle was offered the role of Dana Malouf in Wentworth.

‘I was absolutely ecstatic to be involved in something gritty, raw, and award-winning,’ she said.

‘To be included in something and believed in – it was the start of something. I knew I could get somewhere in my career, that there will be storylines out there.’ But when it came time to come out to the world, Daniielle didn’t want to just write a Facebook post. She wanted it to be something that would reach all of Australia.

‘I wanted my coming out to be raw and emotional and authentic,’ she said. ‘I knew there would be young kids and teens reading it and benefiting from it.’  ‘Coming out needs to be celebrated because it’s so massive. I was almost 30 years in hiding, even as a woman, so I just thought I’m going to come out to the whole of Australia and the world.’

‘Why do it low key when I can scream it at the top of the mountain?’

Danielle came out via Woman’s Day, making headlines across the country in May and gaining thousands and thousands of followers on social media. And when Wentworth wrapped for the season and Daniielle returned to the mines, she was surprised to find she was still surrounded by friendship.

‘Everyone knows mines as such a man’s world, and it’s really interesting that from the super masculine Rio Tinto workers I’ve actually had so much support,’ she said. ‘They’ve seen my story on coming out and approached me and said, “We think it’s so fantastic you’re up here”. They’ve backed me up, as have my employers.’

‘The importance of the support up north is so special. It drives me and makes me want to work hard for my dreams.’ 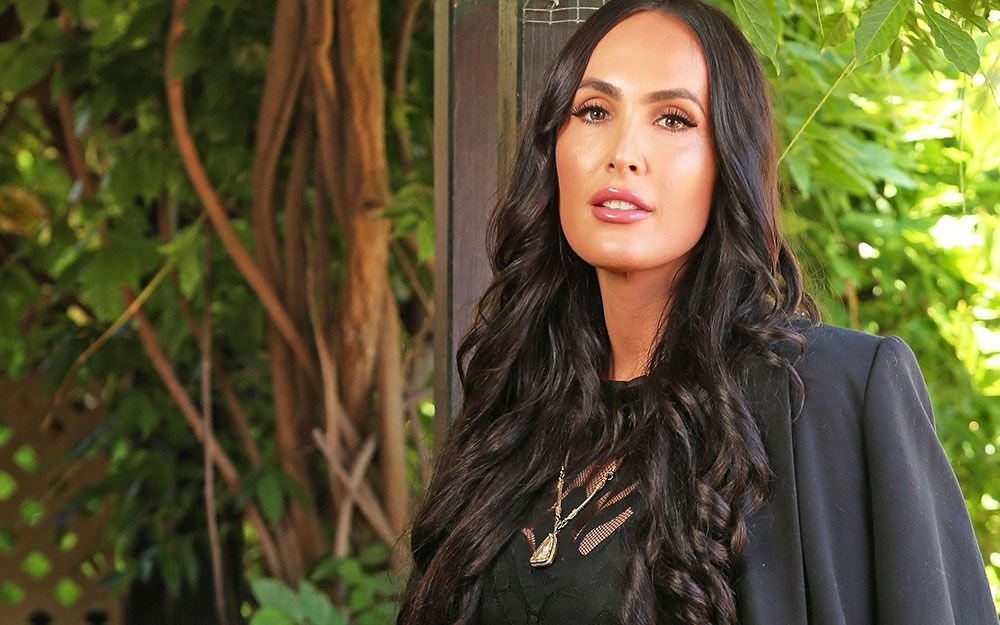 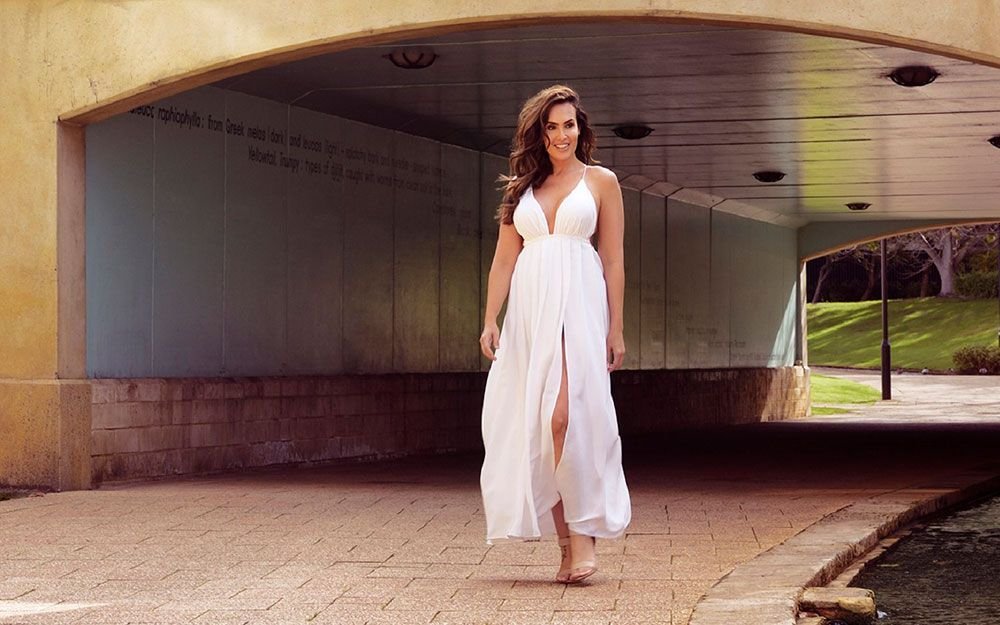 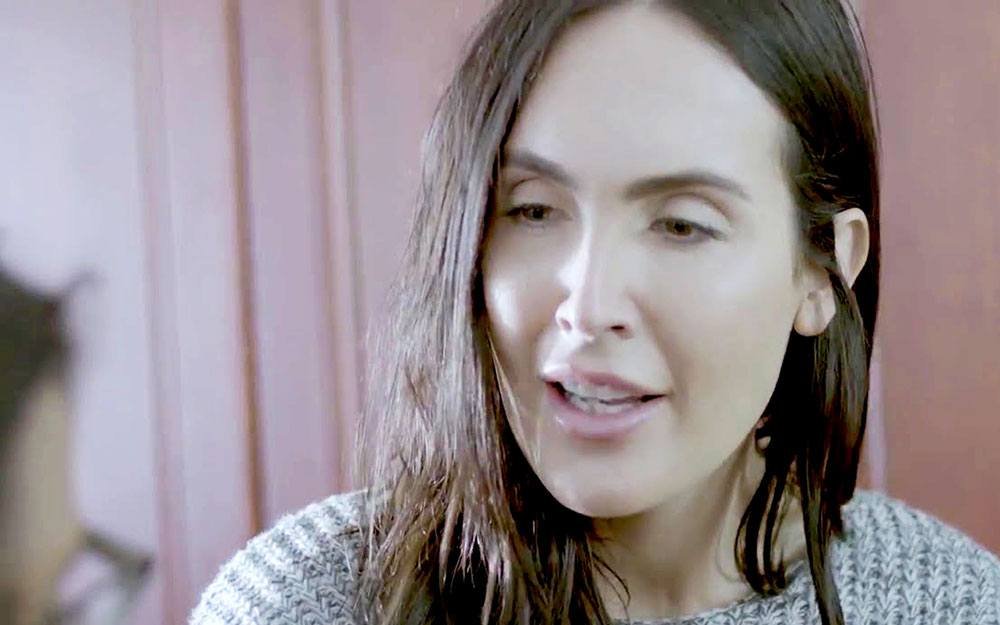